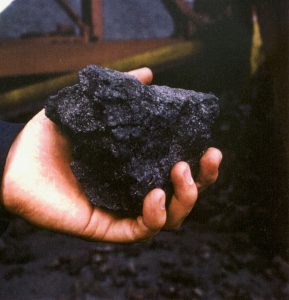 CCRA was incorporated under The Canadian Corporations Act on July 16, 1981, as a non-for-profit Research Association.  Letters patent set out the organizational structure with each member company putting forward a representative to the Board of Directors and a Technical Committee member.

The administration of CCRA is the responsibility of the Board of Directors to whom the Officers and other appointed positions report.  The objectives of CCRA are set out in the Letters patent:

In the early 1980’s, new research studies centered around the correlation of coke and processing conditions from the movable wall oven with that from industrial ovens.  Gas and wall pressure measurements in pilot and industrial coke ovens were emphasized.  This area of study included a unique study which took place at Algoma Steel’s No. 6 coke battery, which was scheduled to be demolished.  The study used the battery to carbonize very high pressure coking blends to determine what the high coking wall pressures would do to an oven and if it could even cause wall failure.

One of the Technical highlights of CCRA at that time was the CCRA/NKK Technical Exchanges between Canada and Japan.  Four Technical Exchanges took place, where both sides presented papers on their research work.  The delegations generally involved 12 to 15 representatives from each country and was highly successful.

By the latter part of the 1980s, the international energy crisis had subsided, coal and steel prices were dropping, and both industries were entering a period of highly competitive markets.  Coal injection into the blast furnace was introduced in Europe and Japan.  In that period, many new projects were initiated by the CCRA Technical Committee., Among these were the upgrading of coking quality of Canadian coals through wash plant control, CSR and carbon texture, vertical temperature distribution in a coke oven, and the effect of partial aging/weathering of a component coal on coke quality.

A project to study blast furnace coal injection (PCI) was approved and a special facility was built at Bells Corners.  CCRA and Canadian Steel Industries Research Association co-sponsored a study on Strategic Ironmaking with CANMET to review how technologies on ironmaking could evolve in the next 20 years.  That study was completed in 1990 and became the road map for the steel industry for many years.